This time, I would like to talk about SAKE's current thoughts on "decentralization".
This is not an opinion on other pool operations.
It will only take about 5 minutes, so I hope you enjoy it.

Before I talk about decentralization

・Decentralization
The degree to which a chain can exist without relying on the trust or authority of a few.

・Security
Security under the assumption that an attacker exists 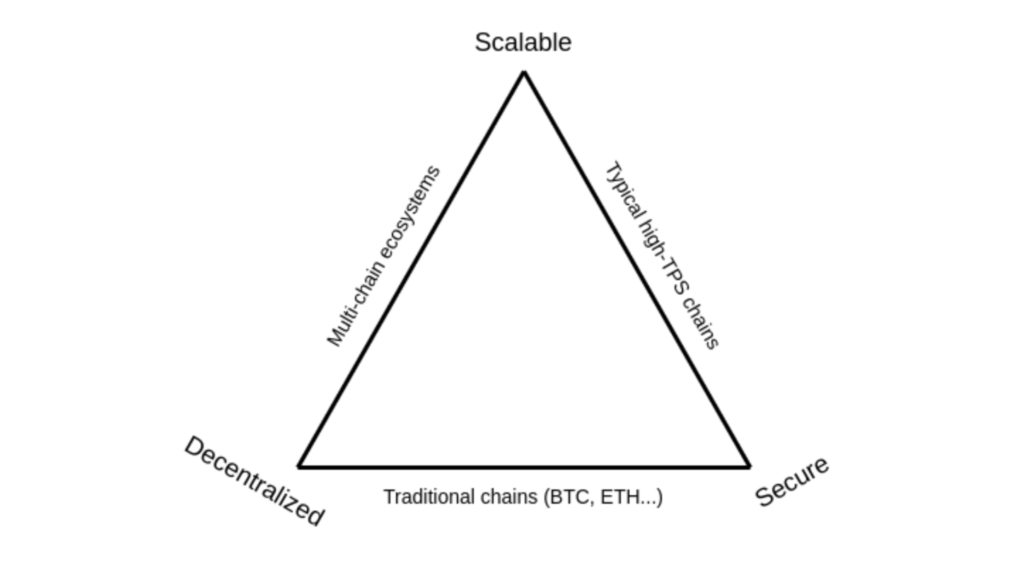 Image of the trilemma proposed by Mr. Vitalik
（出典：https://vitalik.ca/general/2021/04/07/sharding.html）


Let's take a look at how these things are done in the two consensus algorithms (PoW and PoS).

※This is a rule that defines "who creates" the block that stores the transaction data, and recognizes one block created based on that rule as the "correct block". It is the structure that motivates the participants to take action, and is the fundamental concept of the chain.

→This is a structure that sacrifices scalability for decentralization and security, and aims to solve scalability with Layer2 solutions.


It is said that it is impossible to emphasize all three elements at the same time in this way (currently not possible).

When decentralization is lost

With less decentralization, we will move closer to the structure of the existing financial system, which benefits only certain participants. Furthermore, when an attacker holds the resources of the majority 51% of the network, it becomes impossible to stop the attacker from tampering with the data, and the network loses its credibility. However, there are those who appreciate that it would be better to have a trusted centralized control and scalability, such as a state-managed CBDC.

There are over 3,100 nodes (henceforth referred to as pools) in the network, but over 51% of the resources are currently held by 21 operators. 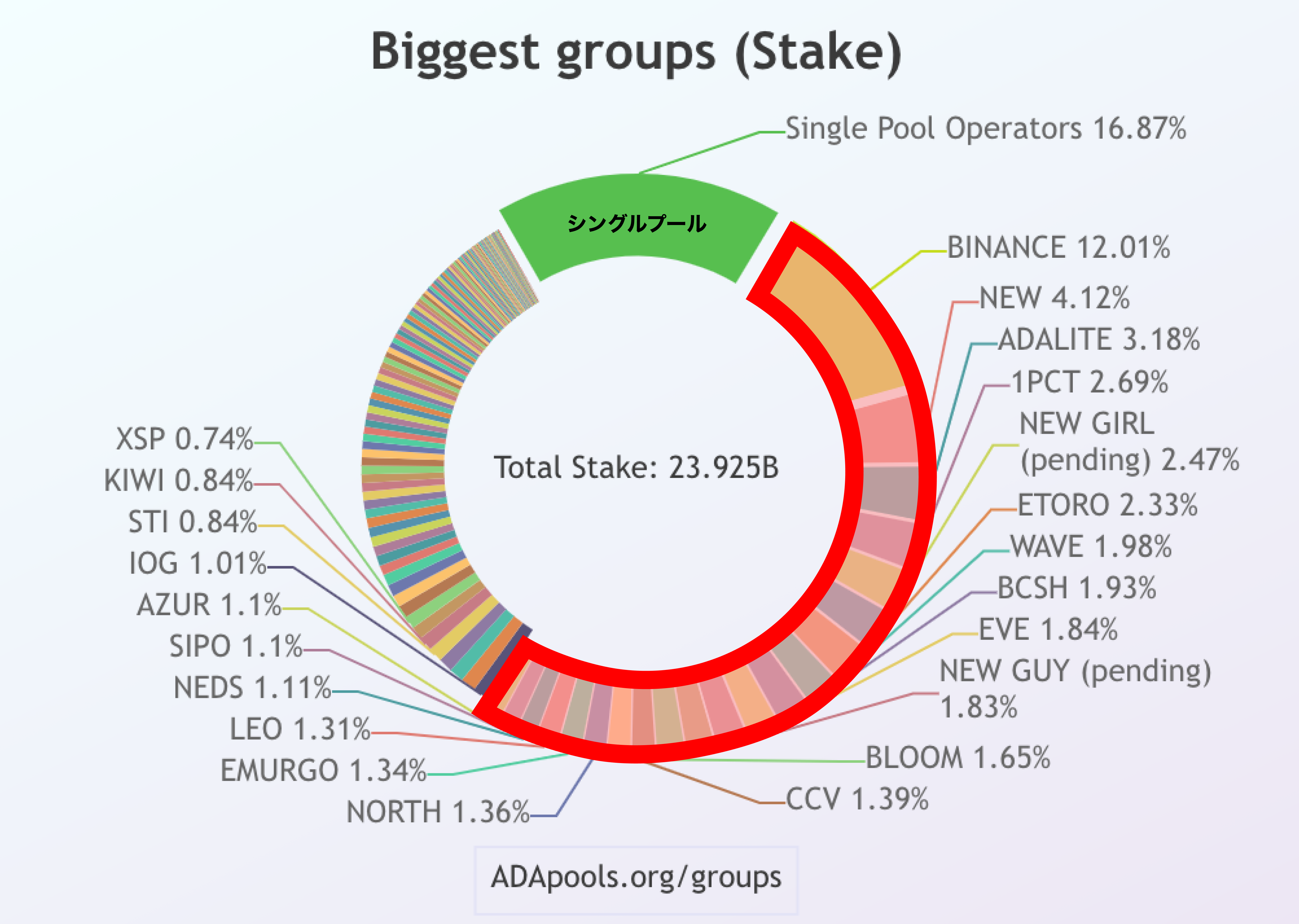 When delegation is concentrated, a ↓ cycle occurs.

Let's consider the main incentives for each of the following four groups: network, stakepool operators, dApps operators, and network users.

・Pool operator
Manage nodes that verify transactions, and ensure the legitimacy and security of the network.

・Network users
Send ADA money and use dApps. Delegate to the pool and get rewarded for it.


Currently, more and more dApps operators are running pools, and they are gradually starting to run multiple pools.
(Can this be seen as a state of affairs where network economic actors are entering the compensation system for security assurance?)

IOG/IOHK is trying to ensure a certain level of decentralization by adjusting the parameters for staking rewards. It has been adjusted several times before.
https://docs.cardano.org/core-concepts/pledging-rewards
k：Desired number of pools (currently 500)
a0：Impact factor of pledges (currently 0.3)

Increasing a0 is considered to be a deterrent to multiple pool operations, while increasing k increases the number of pools that make up a block.
At present, after reviewing a0 to discourage multiple pools, they are considering setting k to 1,000 to promote decentralization.
Since there is no parameter that can halt the upper limit of multi-pool operation, there is a concern that decentralization will gradually decrease unless there is an adjustment of a0 (or a compensation system that can be replaced by another layer).
※The adjustment to the k-parameter of 1,000, which was scheduled for 2021/3, has been postponed with no scheduled date yet.

While the desired number of pools is currently parameterized at 500, there are over 3,100 pools in operation. Among them, there is a fierce competition among dApps operators who are economically active in the network and have started to operate multiple pools.

It is becoming even more important to provide clear value propositions such as
The pool of retirees is also growing by the day.

What do you think about SAKE?

Currently, the Cardano Network is focusing on increasing usage by investing in dApps operators and accepting the sacrifice of decentralization.
While I'm very happy to see increased usage, I think it's going to be difficult to reverse the trend towards centralization.
This is the same as vested interests in the real world.


Therefore, SAKE, which aims to improve the long-term value of Cardano, believes that decentralization should always be considered, even during the period of increased usage.
This is because we believe that the best way for a network to function is for consensus to be correct, and that maintaining that consensus is the number one mission of the pool operator.


For this reason, SAKE will maintain a single pool operation, without clearly crossing the boundary between "individual" and "multiple".
Margin fees will be progressive as advocated by Coffee Pool☕️.
(Coffee Pool is the person who inspired SAKE to run the pool, and he has been exploring and practicing Cardano diversification from a broad perspective.)


On top of that, as a developer, I will continue to work on activities that will lead to the improvement of Cardano's value.
Currently, I am active in the DAO development community and participating in the Plutus Pionner Program, a language for Cardano development, for future dApps/tool development.
If you would like to support our activities, we would be very happy if you could stake with SAKE.

※We are looking for "ideas for dApps" and "things you want to solve". If your idea leads to a project, we will give you an incentive. 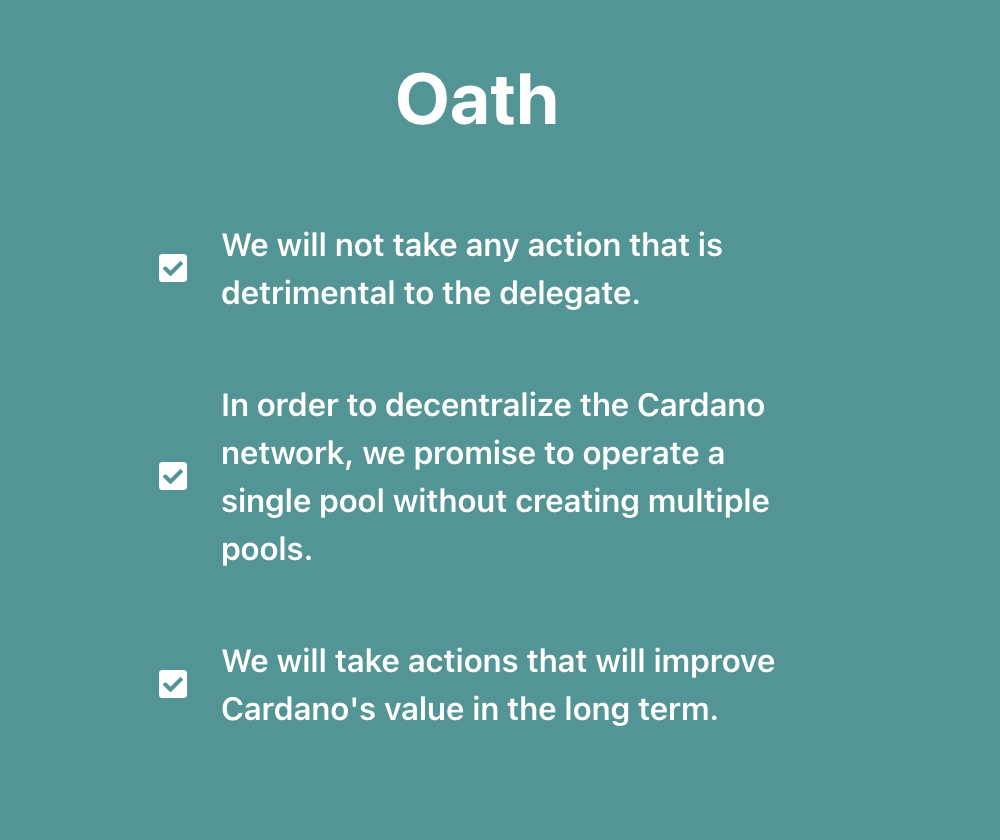 Thank you very much for reading to the end.